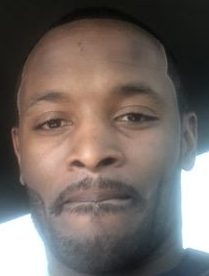 I was born at roughly 26 gestational weeks with several issues at birth. I had undeveloped lungs, a heart murmur and a few days after my birth I was diagnosed with an IVH, which is short for Intraventricular Hemorrhage. I was diagnosed with the most severe case at the time a level 5 bleed , which is now downgraded to a level 4 bleed. I stayed in the NICU for another 6 months fighting for my life. Unfortunately, my doctors told my parents that there was a very high possibility that I would be mentally disabled due to the severity of the bleed and not placing a shunt inside my head to relieve some of the pressure and decrease swelling.

Over the next couple of years my parents participated in Early Intervention Services with me to really help give me develop my motor and cognitive skills aside from what the doctors told them. My mother and father would give me their own special exercises at home to further help me with my motor and cognitive skills as well. I did a lot of things way slower than other toddlers my age for example walking , talking and even being unable to hear for years. My mother would take small pots and pans and clings them together softly to try and test my hearing at home to hopefully get a response from me. I struggled doing so many things over the years.

I went from receiving assistance from the state every month in the first grade until I made straight A’s to the third grade, where I started to read at a ninth grade level and eventually tested into the Gifted Education Program in my school district that same year. My parents never allowed me to feel any different from anyone else as the years went by.  I was able to watch my dad firsthand save complete strangers on their worst day ever from wrecked vehicles and burning homes and buildings as a firefighter for years . My mom would read to me every night as a child and as I became older she would make my younger siblings and I read several books in the summer and write a book report for each book that I had read that week. I played several sports growing up also.

I said all of that to say this: the power of giving can change someone’s life. I ask that each and everyone reading this message today gives their preemie a fighting chance…. Attitudes are more important than facts….

Today I am an electrical engineer.  I just recently finished my masters at Georgia Institute of Technology in Biomedical Innovation & Development. I hope to someday develop devices that help give other preemies like myself and their families hope for a better tomorrow and a healthier future.