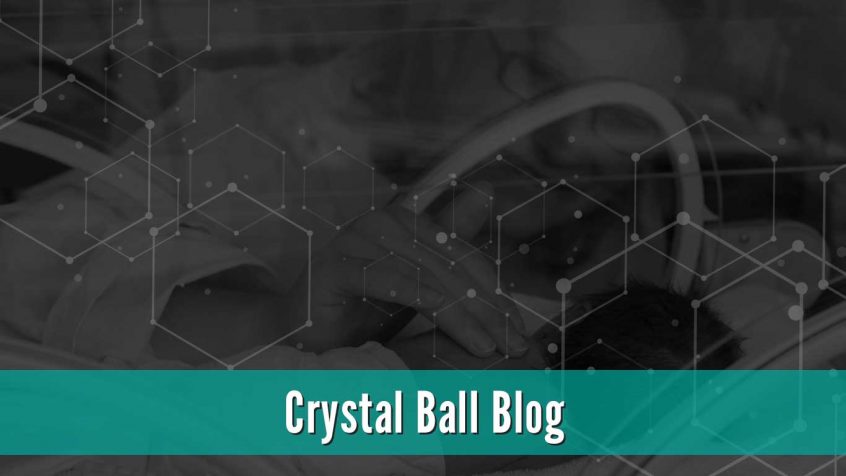 Wake up world: premature babies (aka preemies) and their families are a powerful vote in society, one that reaches easily across both sides of the political aisle.  Life in and after the Neonatal Intensive Care Unit (NICU) is like being dropped off a cliff. I support the preemie community from pregnancy to NICU to home and into the adult years because, I too, had a preemie.  My daughter’s story is a stunning example of a system gone wrong and why better outcomes research is key for these babies, their future and society as a whole.

Becky was the “She’s doing great!” baby despite being born at 30 weeks gestation (10 weeks early) at 2 lbs. 15.5 oz and having a bumpy 38-day rollercoaster ride through a local NICU.  She struggled with heart defects, breathing issues, severe reflux, feeding difficulties, sepsis, and developmental delays. The heart monitor and oxygen that accessorized my daughter at discharge scared me.

“Relax, she’s out of the NICU,” said many people over the next year as we juggled a rehospitalization, specialist appointments and worried about our daughter’s health and ongoing delays.  They would eye the hand sanitizers with suspicion when they visited. The “She’s fine, don’t worry,” comments didn’t ring true as I quickly realized that my daughter’s small winter cold evolved into an endless cough. “It is Reactive Airway Disease … Asthma,” said our pediatrician after months of appointments and nights of disrupted sleep. Our 18-month old daughter was prescribed an inhaler the same day she qualified for Early Intervention therapies due to global delays.  Seven months later the Early Intervention therapy team discharged her saying she was ready for preschool. Even the preschool teacher looked at me funny when I told her that Becky had been premature and I noted my concerns. A month later she walked into the parent-teacher conference stating, “You obviously know more about this than I do.” Becky entered ChildFind Preschool’s therapy program for the next three years.

With Kindergarten, Becky transitioned into the local elementary school and I was introduced to my daughter’s Individualized Education Plan (IEP) team of 10 people around the school’s conference room table. When asked how I thought my daughter was doing, I was honest, “Great,, but something is just not right.”  The school psychologist asked bluntly, “Does she look you in the eye?”  Stunned, I stammered, “Yes, of course,” wondering why this was being asked now.  With testing, we found that Becky had Autism.

It didn’t end there.  Second grade I pushed for an ADHD diagnosis and treatment plan.  With third grade, Becky’s walk and run grew increasingly awkward and I was ignored.  Even seeing a Developmental Pediatrician and asking about Cerebral Palsy (CP) I was told it was a motor coordination disorder.  The prescribed therapy, as my daughter later stated, “did nothing.”

While watching my then 11 year old daughter at the gym, I noticed her ankles were “squishy.”  Fast forward to an orthopaedic surgeon’s office for prescription orthotics and I quizzed the doctor about CP.  No diagnosis. Later at 13.5 years old we were back for new orthotics and the new doctor asked Becky to walk and run up and down the hallway, commenting. “How early was she?”  Dread rose within me. I watched the doctor maneuver Becky’s ankles. “See that?” she said as each one locked up. “That’s spasticity.” As my brain tried to process the very late diagnosis of Cerebral Palsy my daughter turned to me and said, “Mom, what’s going on?”  With a consistent diagnosis of scoliosis, I was at my wits end. A CP mom noted to me by email, “If I were you, I would be a little angry right now.”

With 15,000,000 preemies born annually worldwide we have a significant community of “former preemies” growing up with real struggles and little assistance. This is as we donate tens of millions of dollars to fight the multi-pronged preterm birth issue that has no end in sight, while the NICUs are the cash cows of hospitals, and pediatric professionals lack proper insight and outcomes data. All the while federal, state and county governmental systems think it perfectly fine to cut budgets and benefits that directly affect our children. There is a lot of money changing hands, but little goes to the families struggling day after day in the NICU, at home with medical equipment and endless appointments and therapies that stretch not months but years.  These same families are at high risk for filing for bankruptcy and divorce and have further insults to their health physically and through postpartum depression and PTSD.

Becky, now 15 and thriving, recently said, “I am really lucky to have you helping me, Mom.”  I want the best for my daughter and for these tiny babies as they grow older. I am determined to push for better support and better outcomes and to also celebrate them, too. Why? Because what they overcome will give pause to many leaders, many politicians and society as a whole. And only a preemie himself, the late Winston Churchill, could sum this up perfectly, “Never never never give up.”

Deb Discenza is the CEO of Crystal Ball Health, LLC, CEO/Publisher of PreemieWorld (www.PreemieWorld.com) and the co-author of The Preemie Parent’s Survival Guide to the NICU.  She is a founding member of the National Coalition for Infant Health (www.infanthealth.org) and the Preemie Parent Alliance (www.PreemieParentAlliance.org) and writes for numerous publications in the neonatology space.